Hi there. Following their recent release on audio, my Ingo Finch series is now out in paperback. They look great. Very pleased that they're now available in this format. Big thanks to Canelo and Kate Hordern. Thanks too for all the nice reader reviews.

No Ordinary Killing out on audio 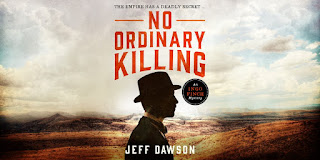 No Ordinary Killing (Kindle no1, Historical Thrillers, UK/Can) is out today on audio, narrated by Jonathan Keeble. Available Amazon via Audible, Apple, Kobo, Google, etc. It's a brand new experience for me (and not a little surreal). Great job! 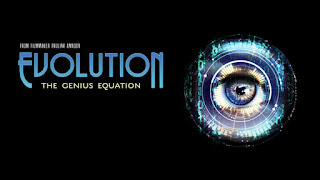 Was sent a documentary by an old pal from LA that, ambitiously, wrestles with the mighty concept of “genius” – defined, by one of its academic talking heads, “as the ability to simulate the future.”

From Da Vinci to Hawking, Aristotle to Marie Curie, the big brains are all glass-jarred, dissected by an array of thinkers including such luminaries as Theoretical Physicist Dr Michio Kaku, Astrophysicist Dr Feryal Özel, author Philippa Gregory and New Age guru, ahem, “Ramtha the Enlightened One”. Special attention is paid to those female prodigies airbrushed out of history, like Mileva Maric, the physicist/mathematician eclipsed in the public imagination by her husband, Albert Einstein. Though these figures act as a mere gateway to a far more expansive meditation on consciousness, the process of thought, the impact of technology and, ultimately, the mind's capacity.

Made by Mexican director Paulina Amador, employing some stunning imagery, Evolution: The Genius Equation is always good to look at and its interviewees engaging. Though with such a sprawling canvas – taking in, along the way, astrophysics, neuroscience, quantum physics, artificial intelligence, the Renaissance, God, the Creation, the universe, black holes, time travel, numerology, alchemy, the human genome, the Mona Lisa, even the feminism of Joan of Arc – it’s little surprise that her film becomes a tad unfocused. In a section on Mary Magdalene and the Sacred Feminine it veers into Dan Brown territory.

It's strongest when it foregoes the spiritual and sticks to the scientific, especially on matters that are every-day relatable. And here there are some real nuggets. The human brain isn’t a machine, reminds Psychiatrist Dr Norman Doidge, but “neuroplastic”, constantly adapting and remoulding. Given our utter addiction to screens, Big Tech is now employing not just psychologists but neuroscientists to influence – re-programme – the way we behave, bringing with it all sorts of implications for humankind’s future… and, indeed (stepping through a wormhole here) humankind’s past.

We’ve already put so much of ourselves “out there”, we learn – our digital footprints eternal (photos, videos, purchases, habits, communications, preferences) – that AI reconstructions of ourselves won’t prove much of a stretch for the scientists of tomorrow. Indeed, there’s already a company in Silicon Valley assembling “family albums” for future generations, enabling great-great-grandkids to interact with AI versions of their as-yet-undead forebears.

It certainly makes you think. 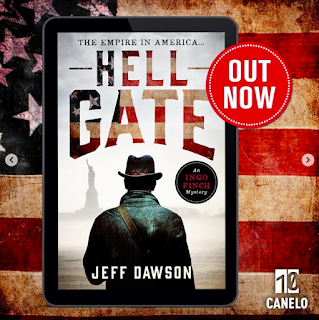 Pleased to announce that Hell Gate, the third Ingo Finch adventure, is now out. After his escapades in South Africa (No Ordinary Killing), then England (The Cold North Sea), this one takes him to New York. I wrote it both as a standalone for first-timers, but with plenty of gems for those who've been following Finch thus far. Early reader reaction has been great. Thank you!

This is the digital version, btw, available on Amazon/Kindle, Kobo, Apple Books, Google Play and others. The paperbacks and audio of the series come out as a set in 2021. Canelo, the publishers, have been busy with publicity. I like this ad, which reminds me of a classic album cover – Ingo Finch: Born to Run! 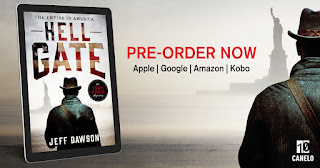 Looking forward to the Nov 5 digital release of my new novel, Hell Gate (Canelo). All three Ingo Finch books will be issued in paperback, May 2021. This is good news!
Posted by Jeff Dawson at 01:11 No comments: 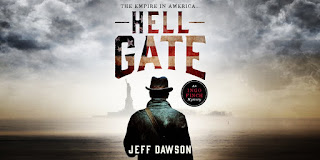 Pleased to announce that the third Ingo Finch adventure, Hell Gate, comes out in digital form, Nov 5 (Kindle/Apple/Kobo), followed by paperbacks for all three novels in May, published by Canelo – No Ordinary Killing, The Cold North Sea and Hell Gate. The first was number one in the Kindle charts (Historical Thrillers).

Set in 1905, the new story takes Ingo to New York (and beyond) as a fully-fledged British agent while the Great Powers continue their posturing in the build-up to what will become the Great War. It's an espionage thriller full of twists and turns and with a very strong female character I'm immensely proud of. It's an interesting period of history for me, what we call La Belle Époque but which America dubs The Gilded Age. The last book focused a great deal on London as the pre-eminent "world city". But you can see here that the US is on an accelerated path to global prominence, with a vibrant Gotham set to rival London.

Anyway, I hope you like it. Personally I think it's the best one so far. As a rookie novelist, I'd figured out a bit more what I was doing this time! Do click on the above links for further info.

BBC: Pele, Argentina and the Dictators 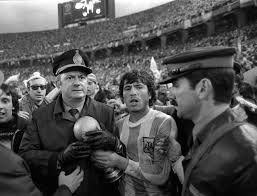 The 1970 and 1978 World Cups, both staged in Latin America, were set against the backdrop of huge political turmoil across the continent – not least in Brazil and Argentina, whose football teams became the respective champions of those two tournaments. Sport was only part of it. For the brutal military juntas of both countries, football was manipulated as a crucial patriotic unifier. Victory was essential... something to be achieved by any means necessary.

I found the BBC's new documentary, Pele, Argentina and the Dictators, very interesting, though a game of two halves – the real meat coming in the latter section, which focused on the Argentinian dictatorship and its relationship with the 1978 national team. Because that World Cup was a "home" tournament (Brazil won theirs away in Mexico), the pressure, the fear, seemed amplified – games being played, broadcast gleefully around the world, sometimes mere yards from the torture chambers. Indeed, the Argentina segment was probably worth a programme in its own right.

I was 15 at the time of that World Cup. Maybe just youthful naivety, but despite some vague mutterings about the Argentinian regime, I seem to recall that, once the football started, it was all swept under the carpet (much like Russia in 2018) – no doubt helped by England's convenient non-qualification. Yep, we were honorary Scots for the second World Cup running. (England had been utterly brutalised by Argentina on the intended "warm-up" tour of 1977, a foretaste of the ugliness that was to follow.)

My criticism is that the doc only told part of the story (as outlined in my own book, Back Home) and could have put football/fascsim in a wider Latin American context. It missed out the Mexico Olympic student massacre of 1968, for e.g., the Soccer War of 1969, fought between Honduras and El Salvador over World Cup qualification. It also skipped the strange arrest of Bobby Moore in Bogotá on the eve of the 1970 tournament, the UK's diplomatic stand-off with the generals of Colombia, the alleged poisoning of Gordon Banks and all the associated conspiracy theories, including the very real suggestion of CIA involvement. And let's not forget the football stadiums-as-concentration camps in Pinochet's Chile throughout this period.

That said, I understand perfectly the time restraints and the need for a sexier "sell" (which is why Pele is in the title, one assumes, even though it wasn't about him at all, really), and the need to show things from a South American perspective – so hats off to the makers, especially for their enlistment of some star to-camera witnesses. I remember, some years ago, when a producer friend of mine pitched the BBC on a drama about the Bobby Moore incident, based on my own book. A 12-year-old producer looked up from his skinny latte and asked, "Who's Bobby Moore?"
Posted by Jeff Dawson at 03:37 No comments:

Jeff Dawson
Hi there. I'm a writer — journalist, author, screenwriter, lapsed broadcaster and now blogger. I work largely in the world of the arts, usually film. Here's a post of recent pieces and other musings. Feel free to comment. JD